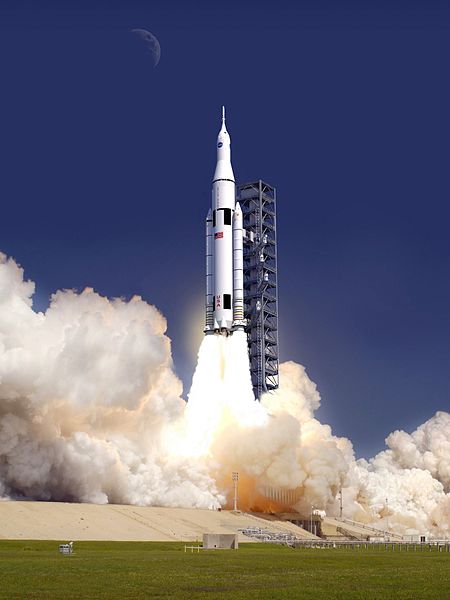 I just finished In Over Our Heads: The Mental Demands of Modern Life by Robert Kegan. In it, he argues that there is a “hidden curriculum of life” in which we are often asked to perform at levels beyond our developmental capacity. As a result, many struggle without knowing why.

He writes about different orders of consciousness. First and second are very “in the moment” and unaware of themselves and others. Third is aware of societal norms and expectations, but not very perceptive/receptive to different ways of viewing self and reality. It’s “stuck” in a limited and socially defined way of thinking. Fourth is more self-aware and able to embrace different systems of thought and ways of being, but is still fairly black and white and unaware that it has left one big box only to enter a smaller one. However, it’s vantage point allows it to step outside of the immediacy of a situation or idea, view it more objectively, and think for itself. Fifth is able to step completely outside of self and systems, be unboxed, see gray where it exists, and relate to people and things without getting stuck by their limitations.

This book is dense, and I’ve just WAY oversimplified stuff, but I think even Kegan struggled to take his big concepts and shrink them into concise, easily digestible nuggets. The most helpful metaphor he provided was that of a rocketship leaving earth: while it’s on earth, it lacks the big picture perspective, but as it leaves the atmosphere and travels into space it’s able to look down and see the whole world and how different things connect.

What I liked about this book:

I wish that Kegan had offered more insight on the process of moving from one order to the next. I thought he did a decent job of describing the what, but the how seemed to be sorely lacking. There are a few suggestions here and there, but overall I was pretty disappointed. However, the void left me with some space to create my own possibilities, and that’s been an enjoyable challenge so far.

I like reading what I call “big bucket books” – one’s that are so meta that they serve as containers for many others. This was one of those for me. I hope to do some more work on my end to further simplify the stages so that I can think about them in bullet points rather than paragraphs.

Here’s a scan that summarizes some of the claims of Fourth Order Consciousness in different arenas of life: 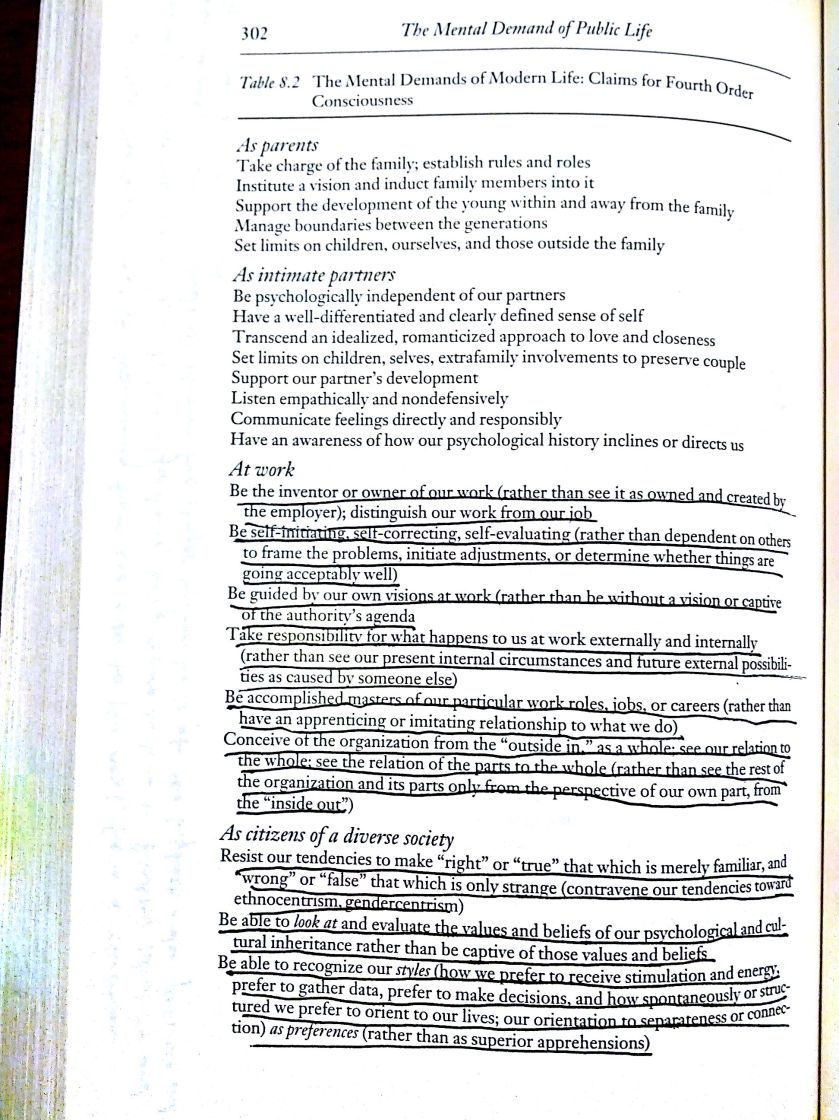 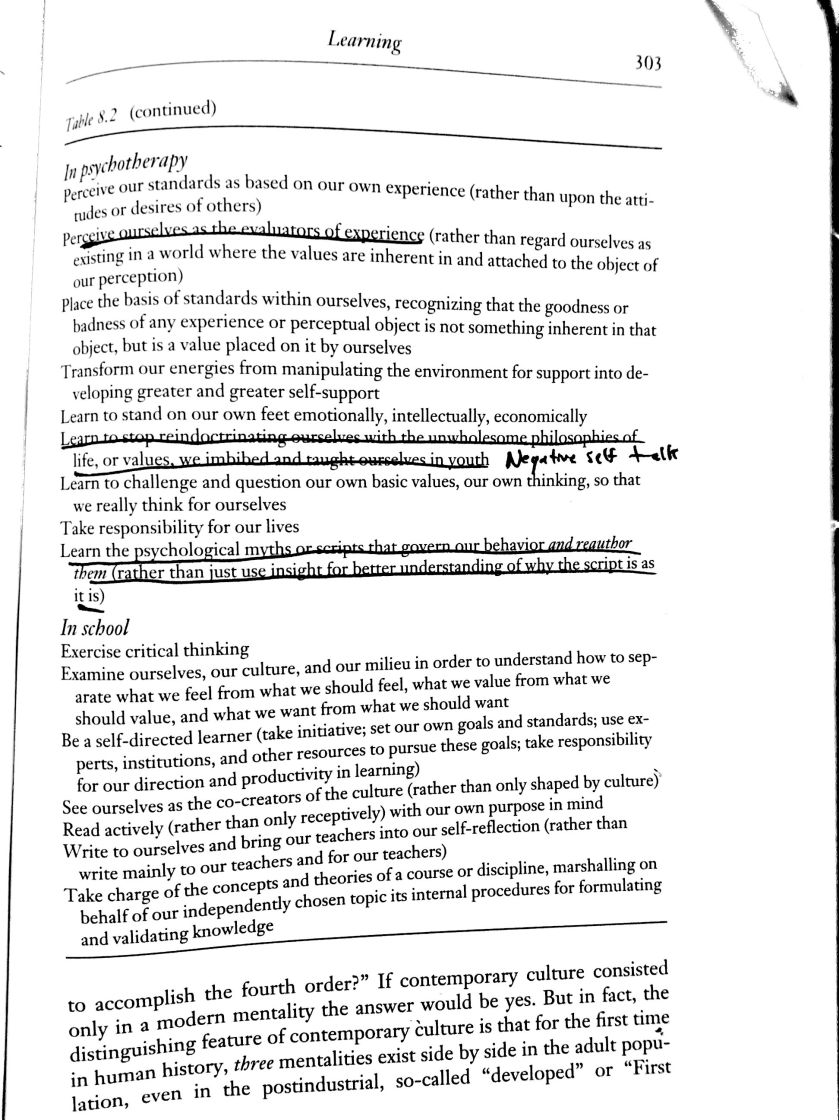 Here are a few developmental questions that might be worth thinking about:

What are some big bucket books that you’ve read? I’d love to hear about them!