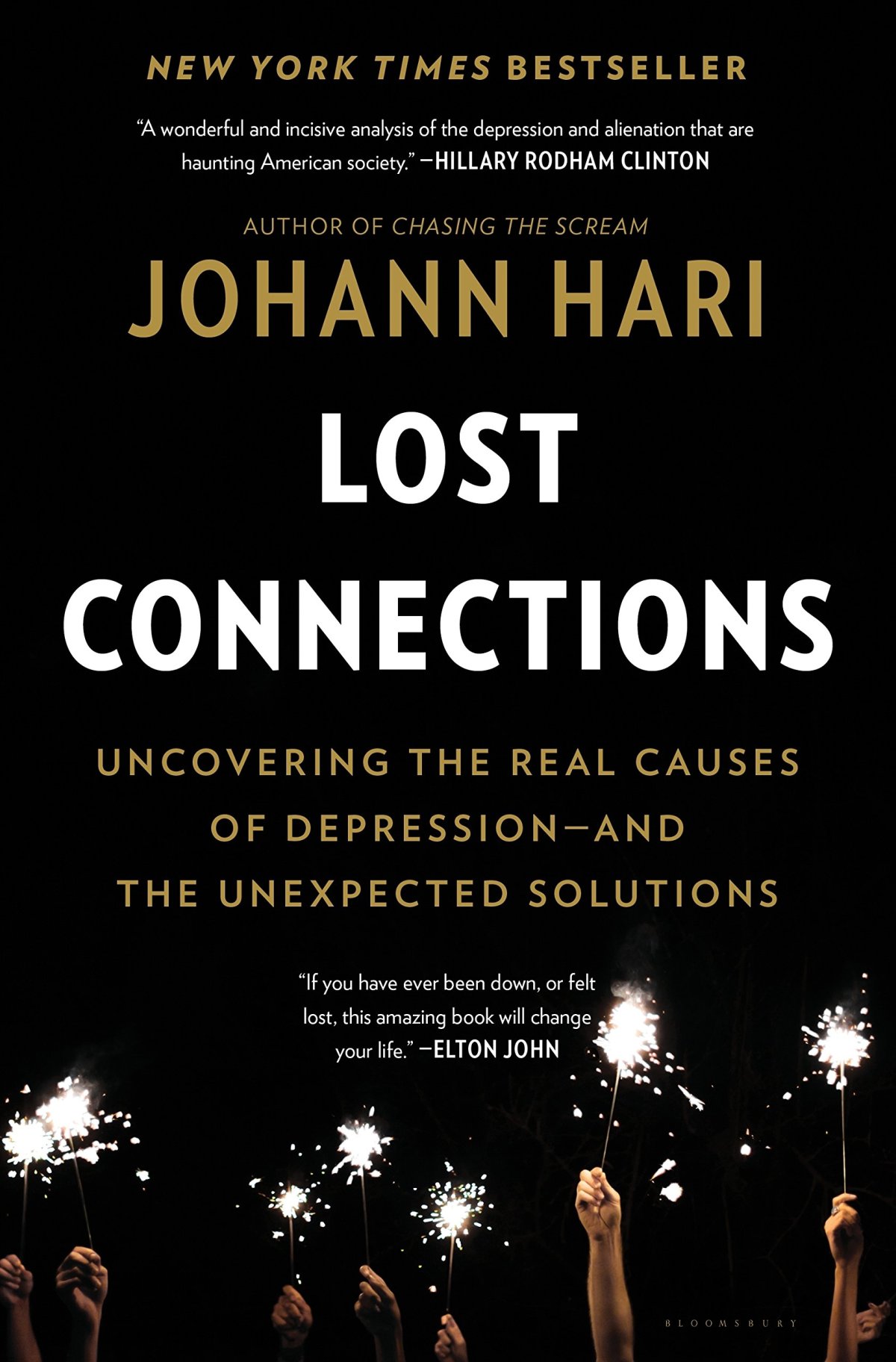 Just finished this excellent book by Johann Hari. Check out my summary below:

The traditional cause of depression: low serotonin. The traditional cure: SSRI drugs. Yet many people on antidepressants are still depressed, plus they have the added negative side effects. Depression and anxiety used to be thought of as two separate things, but we now know they’re two sides of the same coin.

How antidepressants actually work: 25% natural recovery without the drugs, 50% placebo effect (the story you’ve been told about the drugs), and only 25% efficacy to the actual chemicals in the drugs. BUT, when you factor in the unpublished clinical trials the drug companies don’t want you to see, the beneficial chemical effects are WAY less.
Antidepressants can seem to work for a time, but because they are mainly placebo, the effects don’t last.

There is actually no real scientific evidence for the low serotonin story about depression. But drug companies make billions off of this lie and push it hard. “It works because you believe you’re being looked after and offered a solution.” (placebo) “There’s no evidence that there’s a chemical imbalance in depressed or anxious brains.” “Almost everything you were told is bullshit. The serotonin theory is a lie.” “The referee is paid by the drug company team, and so that team almost always wins.”

So the positive effects of antidepressants aren’t real, but the side effects are: weight gain, sexual dysfunction, increased suicide risk, increased risk of type 2 diabetes, increased risk of miscarriage and autism, and serious withdrawal symptoms. In addition, the way many clinical trials are run is a total sham. Those who have money to make are gaming the system. “The people on antidepressants who continue to be depressed is found to be 65-80%.”

Depression can actually be an appropriate response to challenging life circumstances. It’s not just a mental health thing – it’s also about emotional health. Real treatment is not throwing some pseudo drug/supposed magic bullet at people; real treatment is about helping people get to the root issues that are driving their depression. What is the pain trying to tell you? To skip this inner work is like putting a bandaid on a bullet wound. “We’re such an utterly disconnected culture. We just don’t get human suffering.”

Nine Causes of Depression and Anxiety

When we buy the pharmaceutical diagnosis and “solution” to depression, we disempower ourselves, wrongly believe we are at war with ourselves, and believe our distress has no meaning – no rational source.

Reconnection – a different kind of antidepressant

Experts agree, depression has three major causes: biological, psychological, and social. It’s not about a chemical imbalance in the brain. We need the seven reconnections. “It’s not serotonin, it’s society. It’s not your brain, it’s your pain. Your distress is not a malfunction; it is a signal. This pain is not your enemy; it’s your ally.”

Depression is a rational response to things that have gone wrong or aren’t working in your life. “It’s only when we listen to our pain that we can follow it back to its source. And only there, when we can see it’s true causes, can we begin to overcome it.”

Since depression is a societal problem, it requires societal solutions. We were created to be connected to ourselves, others, and the world around us. We need meaningful work and meaningful values and a future full of hope.